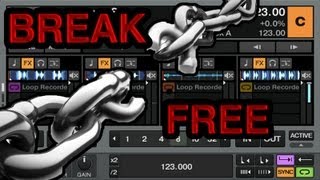 The big thing in 2012, in the DJ world, was the  Native Instrument’s Kontrol F1 and corresponding Remix Decks. Along with it came a lot of words about their decision to lock the Remix Decks to the F1 and not allow anything more than the most basic of mappings. Fortunately for the DJ community at large, “can’t” is not an acceptable rule.

So I took that to heart and wrote a program (Windows only at this time – Ed) to allow any controller to work with the Remix Decks.

Update: 31/08/2013: Native Instruments released an update in Traktor with the possibilities to map all controllers.
I have deleted the video’s and tutorials because the update of traktor is free and it is much easier to map it in traktor itself.

Here are the 2 articles written about it: